One of the Internet’s oldest companies InfoSpace is probably not performing well since they are largely selling out their businesses. With its switchboard and local directory business having already been sold to Idearc for reportedly $225M, what’s left of InfoSpace was the mobile services division, which serves up managed services infrastructure for mobile carriers. This involves the technology needed for mobile search, storefronts, messaging services and portals. This sale appears to leave InfoSpace with only its Dogpile and other desktop search properties, which have a very small market share. One can’t help but think that CEO Jim Volker and his team are selling off the company piece by piece — because that’s literally what seems to be happening.

InfoSpace Inc. is publicly traded company on NASDAQ with $346M market capitalization where the 52 week high / low is

A couple of months ago Motricity, a mobile content solutions service, has acquired the mobile services business unit of InfoSpace for what is said to be $135M in an all cash transaction. From what we have found out it seems the acquisition is being funded largely by Carl Icahn and Advanced Equities since the company has then announced the completion of its $185M a round of funding, which was led by Advanced Equities, Inc., Carl Icahn and New Enterprise Associates, Inc.

Ryan Wuerch is said will stay on as Chairman and CEO of Motricity and Steve Selman, the current executive vice president of InfoSpace’s mobile services business unit, will be appointed as President, Chief Operating Officer of Motricity. With the deal, Motricity will gain access to InfoSpace’s clients, which already includes AT&T, Verizon, Sprint, T-Mobile, Alltel, and more.

“Two of the best companies in the industry are now being integrated to create the premier provider of mobile platform infrastructure,” said Ryan Wuerch, chairman and CEO of Motricity. “We have unparalleled experience in mobile platform development, systems integration, innovation and building world class technology with a proven ability to scale – powering the mobile marketplace including the largest operators and media companies in North America and Europe.”

The acquisition expands Motricity’s customer base to include 11 of the top 13 carriers in North America including AT&T, Verizon Wireless, Sprint, T-Mobile, Bell Mobility, Tracfone and Alltel. Motricity’s managed service infrastructure powers storefronts and communities for 9 of the top 13 carriers in North America and has generated over $1 billion of gross content sales to date. Motricity now powers 5 of the top 6 carrier “start screens” with its mobile portal product which will support billions of page views this year alone. The transaction enhances Motricity’s FuelTM platform, which is a unified suite of solutions that includes content storefront, portal, search, community and messaging services. In addition, it expands Motricity’s international presence by adding offices in the U.K., Paris, and the Netherlands and leading customers throughout Europe including Virgin UK, KPN and Vodafone.

Experts are saying the company is in preparation to go public at near future and such consolidation of their core business in terms of more mobile content, more carriers signed up, more revenues and the reach is perhaps the key towards that direction.

InfoSpace, Inc. [NASDAQ:INSP] s a developer of tools and technologies that assist consumers with finding content and information on the Internet or mobile phone. The Company uses its technology, including metasearch, to power its own branded Websites and provide private-label online search and directory services to distribution partners. In addition, its mobile applications provide programming and sales opportunities to the Company’s mobile carrier partners, while providing consumers with relevant mobile functionality and mobile media content, including ringtones, graphics and games. The Company operates through two units: Online, which comprises the Company’s search and directory properties, as well as its private label distribution service, and Mobile services, including portal, storefront, messaging and mobile search. InfoSpace maintains facilities in the Los Angeles, California; Westborough, Massachusetts; Woking and Eastleigh, United Kingdom, and Papendrecht, The Netherlands.

Our mission is to make the discovery of information faster, easier, and more relevant. We’ve been doing it for over 10 years. Now, with more than 100 distribution partners and proven relationships with Google, Yahoo!, Ask, and Windows Live Search, InfoSpace is uniquely equipped to be a leader in the rapidly growing Internet search market. In fact, the recent sale of our Mobile and Directory divisions has solidified our focus and leadership solely in the online space.

Better Results with Metasearch Technology
By delivering best-of-the-best results from the Internet’s top search engines, our metasearch technology separates us from competitors and provides an experience that users prefer. Research backs it up.

For the second consecutive year, our leading metasearch site, Dogpile, has been awarded “Highest in Customer Satisfaction Among Internet Users with Primary Search Engines/Functions.” And when users are presented with more meaningful information, they’re more likely to click a result—which leads to increased revenue for advertisers and listings partners.

We have established offerings in two different areas:

Consumer Products
Our four branded search sites include our flagship metasearch engine, Dogpile, as well as MetaCrawler, WebCrawler, and WebFetch.

Our metasearch technology delivers end users the most relevant results on the Web by searching more than 12 of the top search engines, including Google, Yahoo!, Ask, Windows Live Search, and more.

Our private-label solutions help partners quickly and cost-effectively tap into the profit potential of search and online local advertising by providing search capabilities and services under their own brand.

Motricity is a leading provider of mobile content services and solutions that enable consumers to receive the right content at the right time, every time. The company’s offerings span the content delivery chain, enabling compelling end user

experiences and delivering profitable and reliable mobile content offerings for mobile operators, media and entertainment companies, mobile specialists and more. Motricity’s customers include 11 of the top 13 carriers in North America and 20 of the top television networks with marquee partners such as MTV, BET, Turner, AT&T, Alltel, Bell Mobility and others. Products and services range from mobile portals and storefronts to messaging aggregation with access to more than 200 million mobile subscribers.

In addition, Motricity operates a network of consumer Web sites that offer applications for mobile devices, including: eReader.com, PalmGear.com, Pocketgear.com, Smartphone.net, SymbianGear.com and Mobile2day.de, and powers similar web sites for customers such as the Sony Ericsson application shop, the Palm Software Connection and the PalmSource shop.

The company is headquartered in Durham, N.C., with offices in Bellevue, Los Angeles, London, Paris, Munich and the Netherlands.

Motricity was formed in 2001 by Ryan Wuerch and has since become a leading provider of mobile content services and solutions.

In 2001, Wuerch founded Nashville, Tennessee-based PowerByHand, which would soon become the leading global provider of information, entertainment and education content for handheld and mobile devices. PowerByHand acquired a number of leading commercial Internet sites, including PalmGear.com in October 2002, eReader.com in September 2003 and PocketGear.com and Smartphone.net in March 2004.

In April, 2004, PowerByHand merged with Pinpoint Networks, a provider of software and services for the management 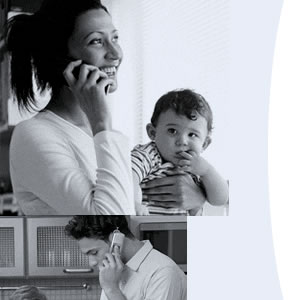 In October, 2004, the company changed its name to Motricity and announced the acquisition of European mobile content portal Mobile2Day.de. The Mobile2Day.de acquisition complemented Motricity’s content base of more than 60,000 applications by adding an additional 6,000 Symbian applications and localized cross-platform content for the European market while expanding our network of online mobile content storefronts. Throughout 2005, Motricity generated tremendous momentum and excitement, announcing a number of major customer and financial wins while also expanding globally and successfully entering new markets. In October 2004, Motricity closed $27 million in venture funding led by Silicon Valley-based Technology Crossover Ventures (TCV).

In August, 2005, Motricity announced the acquisition of M7 Networks, the leading provider of advanced wireless services that connect wireless operators, content providers and end users around mobile content based communities, such as games and music. This acquisition strengthened Motricity’s mission to accelerate the adoption of mobile content worldwide.

In April, 2006, Motricity secured its third major round of funding of $40 million to fuel the company’s aggressive expansion in the mobile content industry. This third round was led by Advanced Equities Inc. with participation from other existing investors including New Enterprise Associates and Technology Crossover Ventures.

In July, 2006, Motricity announced the acquisition of GoldPocket Wireless, the leading provider of mobile technology solutions for media and entertainment companies. GoldPocket extended Motricity’s content distribution capabilities and enhances Motricity’s award-winning Fuel™ platform with a distribution gateway that connects more than 200 million subscribers and a mobile marketing campaign manager that has been chosen by over 20 television networks and 45 media companies to power large scale interactive campaigns with real-time requirements. The deal gave Motricity an unmatched customer footprint and positions the company as the leading provider of on-deck and off-deck solutions for mobile operators and media & entertainment companies.

In December, 2007, the company acquired the Seattle-based mobile services business unit of InfoSpace, Inc. (NASDAQ: INSP), a leading developer of mobile technologies and infrastructure services and raised more than $180 million to complete the all cash transaction.

The acquisition expands Motricity’s customer base to include 11 of the top 13 carriers in North America including AT&T, Verizon Wireless, Sprint, T-Mobile, Bell Mobility, Tracfone and Alltel. Motricity’s managed service infrastructure powers storefronts and communities for 9 of the top 13 carriers in North America and has generated over $1 billion of gross content sales to date. Motricity powers 5 of the top 6 carrier “start screens” with its mobile portal product which will support billions of page views this year alone. The transaction enhances Motricity’s FuelTM platform, which is a unified suite of solutions that includes content storefront, portal, search, community and messaging services. In addition, it expands Motricity’s international presence by adding leading customers throughout Europe including Virgin UK, KPN and Vodafone.

Motricity has received numerous awards and constant recognition honoring the commitment and leadership that the company continues to exhibit, including: