Something really interesting is going on with Glam Media. To make a long story short Glam is basically a controversial site that runs both a network of its own web sites as well as runs ads on a network of third party sites geared towards women online and has just recently raised a massive amount of funding – $85M.  The total funding for the company is already $114M. You may say yet another ad network site on Web and you might be right in part. However there was something really interesting with Glam – they were perhaps the only ad network out there that was guaranteeing ad revenues for their publishers, mainly lifestyle web sites oriented towards women. Let’s put it that way Glam’s business model was to 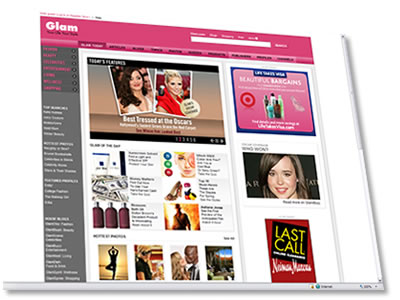 guarantee some minimum flat pay outs to its publishers. Today, we have read on web, this practice seems to be changing – Glam is no longer going to pay for the entire ad inventory available at its participating web publishers that way effectively cutting off their revenues by 60% up to 80%.

So one starts to wonder here is this a well thought strategy for Glam to attract lots of publishers by initially paying big bucks and once it achieved its goals (to raise massive amount of funding) to cut those publishers off its network by simply no longer paying them what it has initially been promised. It is no secret that Glam Media succeeded in raising those over $100M in funding money due to its huge reach of over 40M uniques per month across various women web sites and blogs. Once the task was accomplished Glam is no longer in need from those small blogs that perhaps represent a large portion of those 44M uniques per month or is simply changing the policy in order to survive. We have put their business model under some doubts the last time we covered their massive round of funding and then we have written that in today’s hugely competitive environment ad networks are working in everything boils down to who pays more the web publishers. Glam claims it pays most to its web publishers, but it is hard to believe how Glam can out pay Google when they had just $21M in revenues last year while Google’s payout was almost $4B to its web publishers for 2007. Let’s put it that way who earns more from the ad networks is who is going to be capable enough to pay more to the web publishers. So it seems we were basically right. Glam is discontinuing their practice of guaranteed ad revenues for its publishers.

However, the big question here is for how long those web publishers are going to stay with Glam Media and what will happen to Glam if they leave?

Here is what Glam has replied on Techrunch.

As GM of the Glam Publisher Network, my team’s #1 priority is to ensure the success of our publishers and to help them secure high-CPM brand advertising. Unlike most other networks we do not compromise on our rate card and as a result, our partners benefit from high CPM brand advertising. When we’re unable to deliver a paid ad, we have traditionally run a Glam house ad (i.e. a current house ad announces our upcoming Glam Network blogger awards). Publishers have requested more choice for the impressions that our house ads would normally fill. This default ad technology simply replaces the Glam house ads with a host of options. This is similar to standard network ‘default’ technology that’s been in general use for years.

I want to acknowledge that Glam is successful because of our publisher partners. As a company, our focus is on convincing the brands to engage in new ways with a media landscape made up of independent premium publishers with passionate audiences. We welcome the ongoing dialogue. 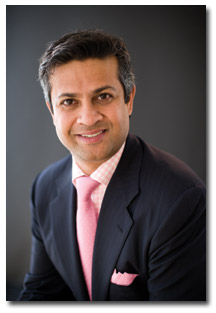