SocialMedia offers a suite of tools and services for developers building applications that run on social networking platforms including Facebook and MySpace.

applications across a network of affiliated sites in a similar way to FBExchange’s link exchange model, but has more features and seems easier to use and has PayPal integrated. Below is some more information on how Appsaholic works.

Developers become a member of the network by tracking their application on Appsaholic and adding some embed code to their application. The embed code adds an iFrame that serves paid links on their affiliates’ applications. The links go to the highest “AdRanked” advertising developer on their live bidding market. AdRank is determined by multiplying two factors, the offered price per click, and the advertising application’s quality score. The quality score is based on a function of the application’s clickthrough rate and viral growth within the network. The idea is that higher quality applications should be rewarded with cheaper advertising. This dissuades disliked apps from spamming the service.

So, for example, a developer whose application has a quality score of 60 and is willing to bid $.10 per click, has an AdRank of 6. Since ads are served in AdRanked order, the developer could boost his AdRank and position in the queue by bidding a bit higher. Currently PPC rates are 10 to 20 cents. Appsaholic takes 12-30% of that revenue.

George Zachary of Charles River Ventures said that the investment “underscores the significant opportunity for SocialMedia Networks to become the new standard for how social networks are monetized.”

There are several other startups claiming to be the top Facebook ad platform: Lookery, fbExchange, RockYou, and Cubics but SocialMedia is one of the early players when they launched their Appsaholic advertising network soon after F8.

Will they ever manage to make money? Maybe, maybe not. But the potential is huge, and if someone ever succeeds in that field, the Social Media seems in a pretty good position to be among the winners.

SocialMedia Networks is the leading provider of social platform services. It fuses together three core features – management, marketing, and monetization – into a comprehensive package that advertisers and developers can use to grow awareness, and grow their applications on social platforms.

Socialmedia.com was registered in November of 1999. It has since sat idle, waiting patiently for the right time to emerge. Nearly eight years later, that time has come.

Moreso than ever before, people all over the world are being entertained by interacting with others online. What was once simple communication has truly evolved into social media. Until recently, however, the environments in which these increasingly rich interactions took place were controlled by a few, closed entities. This changed on May 24th when facebook welcomed thousands of developers to immerse themselves within their platform.

And so, on this day, socialmedia.com was unleashed.

SocialMedia was one of the first developers on the facebook platform, launching Food Fight and Happy Hour shortly after f8. To date, more than 10 million users have installed one of these applications.

The services we provide to others were born primarily of our own needs in developing and deploying our applications. Through our personal learnings and experiences, we are now determined to offer a similar set of services to all developers and advertisers who care to delve into the world of the facebook platform, and all other platforms that are destined to follow.

Tap into the social revolution with SocialMedia – the app network!

SocialMedia Networks is based in Palo Alto and Mill Valley, CA. 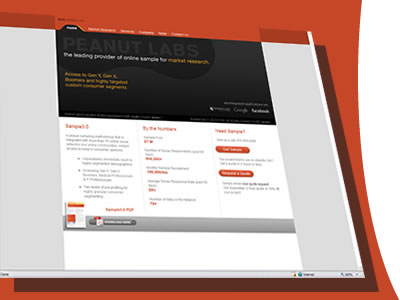