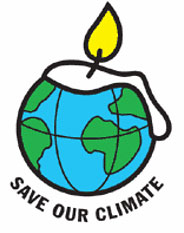 Nope, it is not a new mobile gaming platform the two companies are planning and working on.

The 3 companies, among others, are being slammed by Greenpeace in their ‘Guide to Greener Electronics’. While we are all waiting for the major companies to adopt the web 2.0 principles and enter the sector, it seems they are having serious green issues (environmental issues) to deal with rather than wasting time and resources on web 2.0 companies and technologies.

Nokia fell from first place to ninth and Nintendo placed last in the Greenpeace’s latest guide to green electronics from .

Nokia’s rank dropped mainly because Greenpeace claims the company fails to support its stated recycling programs in many countries arould the world. A Greenpeace video shows a mobile user entering a shop in Argentina that Nokia referred the user to in order to recycle an old phone. The shopowner says she doesn’t take back used phones and doesn’t know where to refer the person to do so.

Greenpeace awards scores to companies on the list based on many factors including recycling programs and toxic substances used in products.

Motorola also fell in the ranking for similar reasons as Nokia. Greenpeace found that Motorola staff in the Philippines, Thailand and India were poorly informed about the company’s phone take-back program. Also, Motorola doesn’t have a take-back service in Russia, Greenpeace said.

For the first time Greenpeace included gaming consoles on the list. Nintendo became the first company to score a zero for having no environmental credentials at all.