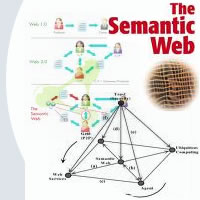 Small business website creation service Homestead, started out in the web 1.0 era, announced tonight that it has been acquired by Intuit for $170m. In addition to Intuit’s personal and small business accounting software, and the company’s partnership with Google to integrate services like Maps listing and AdSense buys, Intuit customers will now presumably

be able to put up websites quickly and easily with Homestead. This transaction will enable Intuit to offer Web site creation and e-commerce.

The cash transaction is valued at approximately $170 million, including the assumption of Homestead’s outstanding options and restricted stock units.

The transaction is expected to close during the first calendar quarter of 2008 and is subject to regulatory review and other customary closing conditions. Intuit expects the acquisition to be slightly dilutive in fiscal 2008 and 2009.

The backstory is a bit more interesting as per what the Homestead’s CEO says below:

Ever since I started Homestead in 1997, I have kept two lists.  The first list is all the acquisition offers we have received over the years (it’s nineteen long, not counting this one).  The second list is a “wish list” that contains companies I would actually consider selling our “baby” to; companies that have resonated with me and the Homestead philosophy of doing business over the span of my career (this list has four members).  Intuit is on the first list twice and, as you might guess, a member of the illustrious second list. You can read the full story on the Homestead’s blog over here…

Intuit is the company behind QuickBooks, Quicken and TurboTax software.