Hong Kong billionaire Li Ka-shing Invests $60m in Facebook. Facebook now has $338.20M in cash to play with. Plans are the company to go public in 2008 or 2009 according to some rumors within the sector.

Mr. Li Ka-shing is the Chairman of Cheung Kong (Holdings) Limited and Hutchison Whampoa Limited. Cheung Kong (Holdings) Limited is the flagship of the Cheung Kong Group which has business operations in 55 countries around the world and employs about 250,000 staff. In Hong Kong alone, the Group includes eight listed companies with a combined market capitalization of approximately HKD981 billion (31 October 2007). Hutchison Whampoa Limited is a Fortune Global 500 company.

It would be interesting to find out what’s the equity position Mr. Li Ka-shing has secured for his $60M considering what Microsoft has bought for their $240M. 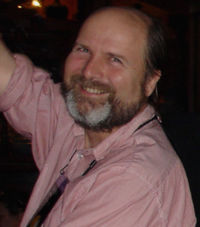