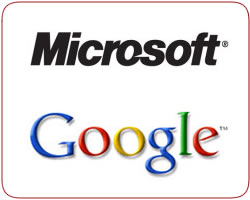 A couple of months ago BlackArrow has taken a big round of money – $12 million in Series B funding.

hardware between cable operators and consumers. Prior to the user watching an on-demand show, BlackArrow helps deliver a brief ad, tailored to the theme of the show and the user’s apparent preferences. For example, a teenage boy might be delivered an ad for an upcoming game like Halo 3.

While DVRs like the TiVo will still allow users to fast forward past advertising, BlackArrow will open up the field for cable companies to profit from acting as remote ad servers. BlackArrow will count on the cable companies to offer their own DVR technology. The advantage for the consumer is that one does not have to worry about buying or installing a DVR. A majority of viewers still haven’t anyway.

The company is known to have spent more than a year in stealth mode developing its product, and online sources originally suggested that the original aim of the company was to destroy the ad-skipping capabilities of the TiVo. It later turned out it is no longer the case, if it ever was.

The previous round is known to be $5 million, which has been taken back in 2006 and was led by Mayfield Fund. The company’s total funding should already be $17M. The company has offices in both locations San Mateo, CA and New York.

We’ve seen the future, and the future is now for on-demand video programming with dynamic, personalized advertising. In the world of viewer-controlled video, where the consumer controls the play, pause, fast-forward and rewind buttons, BlackArrow provides the answer for a dynamic video ad-management that supports broadband, video-on-demand (VOD) and DVR playout.

One with the ability to reach the right audience with a laser-focused message — across any on-demand platform. And rapid-fire reporting to provide powerful “apples-to-apples” analytics across playout environments, helping you evaluate and optimize brand campaigns in entirely new ways.

BlackArrow is your partner on the path to multiplatform monetization. With the new world order of on-demand video comes a corresponding set of new advertising and revenue opportunities.

Dean Denhart has extensive technology leadership expertise in telecom, media and technology-related industries across large, medium and start-up companies. Denhart has been directly involved in the acquisition and operation integration of over 18 technology companies with expertise in off-shore, joint ventures and partnerships. As president and CEO of BlackArrow, Denhart is responsible for all business operations, technology development, financial management, business development and governance of BlackArrow. Previously, Denhart oversaw the strategic development of product and technology at Knight Ridder Digital. Denhart was also CIO and executive vice president of product and technology for HomeStore, an online real estate marketing company. Prior, he served as vice president of AirTouch Communications’ software systems group, held a vice president of network systems role during a 17-year tenure with SBC Communications/Pacific Bell, was CIO of Telecel (a wireless company) in Portugal and was an integral research and development executive at Bell Communications Research.

Other management team members are as follows.

Cisco Systems, Inc.
Cisco Systems, Inc. (Nasdaq: CSCO) is the worldwide leader in networking for the Internet. Today, networks are an essential part of business, education, government and home communications, and Cisco Internet Protocol-based (IP) networking solutions are the foundation of these networks. Cisco hardware, software, and service offerings are used to create Internet solutions that allow individuals, companies, and countries to increase productivity, improve customer satisfaction and strengthen competitive advantage. The Cisco name has become synonymous with the Internet, as well as with the productivity improvements that Internet business solutions provide.

Comcast Interactive Capital
Comcast Interactive Capital (CIC) is a venture capital fund focused on broadband, enterprise and interactive technologies. CIC is affiliated with Comcast Corporation (Nasdaq: CMCSA), a diversified global leader in cable, broadband services, telecommunications and entertainment. CIC’s primary goal is to generate superior financial returns from private equity investments in early-stage technology companies. To achieve this goal, CIC works to foster the success of its portfolio companies by bringing to bear the unique resources, experience, and insight of both CIC and the Comcast family of companies.

Intel Capital
Intel Capital (Nasdaq: INTC), Intel’s global investment organization, makes equity investments in innovative technology start-ups and companies worldwide. Intel Capital invests in a broad range of companies offering hardware, software and services targeting enterprise, home, mobility, health, consumer Internet and semiconductor manufacturing. Since 1991, Intel Capital has invested more than US$6 billion in approximately 1,000 companies in more than 40 countries. In that timeframe, about 157 portfolio companies have gone public on various exchanges around the world and another 187 have been acquired by other companies. In 2006, Intel Capital invested about US$1.07 billion in 163 deals with approximately 60 percent of funds (excluding Clearwire) invested outside the United States.

About Mayfield Fund
Mayfield Fund provides “venture capital with impact” by partnering with exceptional individuals to create industry-leading companies. Mayfield has domain expertise in communications/wireless, consumer/media, enterprise software and semiconductors. The firm has over $2.7 billion under management and a team of eleven investing professionals. Since Mayfield’s founding in 1969, the firm has invested in more than 470 high-growth companies, taken more than 100 public and more than 150 have merged or were acquired.

Video advertising is promising to be huge opportunity online and the sector is extremely competitive with new players entering every couple of weeks. Venture capitals also do think the online video advertising holds the chances to be the next big thing on Internet to bring billions of revenues in and are pouring big money into start-ups with the hope they come up to the groundbreaking technology that might shake the sector and make them the huge ROI.

No matter what standard for video ads the sector might adopt – pre-roll ads, post-roll ads or overlay ads, the undisputed leader remains Google’s YouTube with its huge number of eyeballs. That’s why the smaller players are focusing not on the reach but on different approaches and technologies to more effectively serve, track and measure these video ads. The video ads are in their infancy on Web and there is plenty of room for innovation and growth and all those small start-up companies hold their good chances for success.